Water Safety Becoming a Hot Topic in Some States 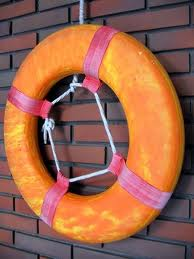 Water safety has always been an issue of concern with parents of small children, but now, more and more states are proposing changes in legislation dealing with water safety. South Carolina could be the first state to pass a law requiring two years of swim education classes in order to meet graduation requirements. In Tennessee state law requires that any new pool built after January 2011 is required to have an alarm installed. The state of New York passed a similar bill in 2006. In Florida, the Broward County Health Department is heading a program where pediatricians are provided with educational material to distribute to the parents of young children.

The state of South Carolina could be the first in the nation to require public school children to have swim education classes. The proposed legislation is to try and prevent the large number of drownings South Carolina has had in recent years. Drowning is the 4th leading cause of death for children ages 0-17, according to the South Carolina Department of Health and Environmental Control.

Tennessee’s legislation, known as “Katie Beth’s law” after Democratic State Senator, Charlotte Burks’ great grandaughter that drown in a family pool in 2009, requires that all residential swimming pools built after January 1, 2011, are required to have a pool alarm installed. Proponents argue that a pool alarm may give parents or caretakers a false sense of security and there is no substitute for adult supervision. This law further dictates that the electrical inspector is prohibited from giving a final inspection of the swimming pool unless a pool alarm has been installed on a residential swimming pools.

Florida’s state drowning rate for children ages 1-4 is more than double the national average, according to the state health department. In an effort to prevent drownings, the Broward County Health Department is developing a program for distribution by pediatricians. It is an informational booklet to be given to parents within the first nine months of a child’s life by their pediatrician. The book provides parents with information on water safety education and local aquatics facilities.

All of these changes are an effort to prevent childhood drownings. Tell us what you think about the legislation or programs in your area.